Home / News / What is the function of the commutator

What is the function of the commutator

If there is no function of the commutator, the motor can only rotate less than half a turn before it gets stuck and can only be used as an electric brake. The centrifugal force generated when the motor rotates is used as the power to control the size of the starting resistance, so as to reduce the starting current of the motor and increase the starting torque, so that the winding asynchronous electric idea can realize the brushless automatic control operation. It is mainly composed of casing, starting fluid, moving plate, spring, terminal, safety valve, exhaust valve, etc.

The hydraulic resistance starter has the characteristics of small starting current, large starting torque, automatic adaptation to changes in power and load, protection of the motor, etc. The commutator is a high-speed rotating device, and its rotor winding will be affected by electromotive force and centrifugal force. It has been running under the rated parameters, but the welding port of the rotor winding and the commutator rising piece is the weak link of the commutator rotor, and the traditional soldering process is used, combined with the measurement result of the DC resistance between the pieces, to judge the rotor The welding point between the winding and the commutator riser is loose, causing the end wire to fatigue, increasing the contact resistance, increasing the heat generation, and accelerating the oxidation of the contact surface, so that the contact resistance is further increased, and the heat generation is further increased. Such a vicious circle then causes the commutator rotor insulation to burn at high temperatures, arc discharge to the ground, and damage the commutator. The results of the disassembly inspection of the commutator show that the relevant data and judgment conclusions of the rotor winding test are correct. In addition to transmitting longitudinal current when the motor commutator works, there is also a current commutation task performed in the short-circuit armature coil.

These currents are the reverse current and reactance voltage generated during the main current motor commutator, which causes edge sparks and arcs when the brushes slide on the motor commutator surface. The effect of the motor commutator on the motor performance depends on Under certain premises, it is the process of realizing circuit conduction when it slides with the brush at a relatively high speed. Although the description of this process is more complicated and the theoretical research is still under development, through the comparative analysis of the operating conditions of micromotors at home and abroad, it can be It is determined that wear is the pivotal factor leading to changes in contact resistance. 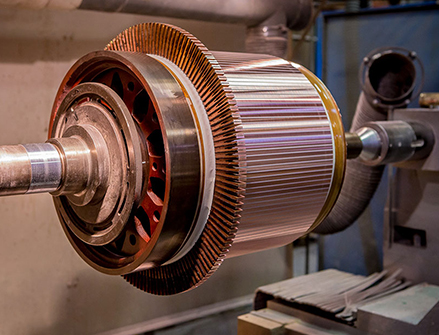 0
PREV: What is a flat commutator
NEXT: Specification and application of commutator
Contact us